Use this forum for the discussion of all things related to the use of cellular trail cameras. The discussion of different models/manufacturers, service providers, problems, tips & hints for ease of use are all welcome here.
Reply

HCO and VZW are still finalizing the activation process. I'm told that it should be doable through the app.

I tried activating online on the VZW website. I was able to go through adding a new (my own) device to my plan and VZW recognized the MEID number as being a legitimate one. I was even texted an activation code, but when I entered it, I was directed to call an 800 number.

The good news is that both support people I talked to actually seemed to know what a wireless game camera is. There was none of that, "Huh? WHAZZAT???" stuff those of us who dealt with AT&T and the dreaded GoPhone nonsense heard every.darned.time.we.called.

The second person I talked to was able to set me up. It does look like I was charged a $20 activation fee, but that apparently isn't supposed to happen, won't happen if you go to a store, and won't happen once the HCO version of the activation is ready to go. Needless to say, I will try to get that taken off my bill. This was me muddling through the activation process on my own without any instructions, which was how I wanted to test it.

The camera is now showing on my plan as a $5 device. I hope that there will be a picture of it like the ones of the phones and mobile hotspot that are there for my other devices instead of the greyed-out generic phone photo.

The camera went right online once it was activated but it didn't lock on right away. I tried to send a test photo and that didn't work, then ran through the diagnostics and those didn't work, then started the diagnostics again and everything worked. The guy who activated the camera told me to turn it on, let it get on the network, then turn it off for a few minutes before turning it back on, but I ignored him. I think that you probably do have to let the camera go online, then turn it off for a few minutes and then go back online with it. These are all details to be documented, but the bottom line is that the $5/month VZW plan will be available soon; progress is being made!

I going to run this camera on GoWirelessAuto until I get at least one status report. I'm sending to my phone number (as @vzwpix) and a gmail account. I'm spoiled to the clean, uncluttered look of the pics in the app without the "wrapper" each one has when they come to the phone or email so I will be adding this camera to our Premium account shortly.

This one is Lost camo pattern, which I prefer to the Krytek for our environment. It's pretty well hidden on the river birch tree in my back yard. It's going to the camp next weekend. 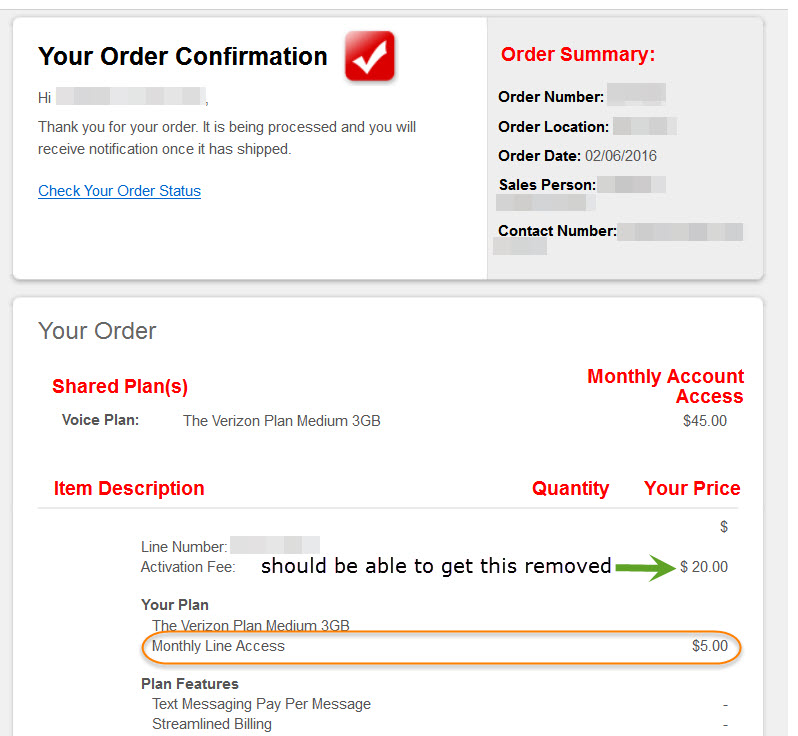 Libby, great news. I didn't renew my HCO account for my two Verizon cams and if I can get them on my plan I would like to ASAP. I may go to my local store on Monday to see what they can do for me, back in June when I bought them they really went the extra mile trying to get them to my personal account so maybe I can try there again. If you would have any tips to offer please send me a pm. Thanks TT

Spartan/Spartan GoCam
http://www.spartancamera.com" target="_blank
Disclaimer:
I am here to help you with the general questions you may have with the Spartan/Spartan GoCam. I will try my best to help but some topics I can't help are:
- Business/product information not being published yet
- Wholesale and pricing
- Warranty or service status

I think you can stop and restart, but I'm not sure. I know I can with the MiFi device.

By ilovemycam -  Sun Feb 07, 2016 2:04 pm
-  Sun Feb 07, 2016 2:04 pm #341409
No contract for it.
Spartan/Spartan GoCam
http://www.spartancamera.com" target="_blank
Disclaimer:
I am here to help you with the general questions you may have with the Spartan/Spartan GoCam. I will try my best to help but some topics I can't help are:
- Business/product information not being published yet
- Wholesale and pricing
- Warranty or service status

The VZW tested by TCP shows the transmission time is 20 seconds or so faster. That seems like a big deal to me, but maybe not.

Other than that it is pretty much a cost basis difference unless something else comes to light.

I could put this VZW out paired with an AT&T to see if there's much difference in transmission speed but I don't really want to do that.

In reality, is a few seconds going to make a difference? In some circumstances, it may. Will getting law enforcement there a few seconds faster matter? In most cases, it probably won't.

I suppose it might make a difference if you are in your stand and you get notice that a deer is on his way to you.

I calculated a 24-month break-even time based on list price of the cameras, with $5 for VZW and $8.33 for AT&T. Under 24 months, AT&T costs less, over 24 months, VZW costs less. If you start/stop service, VZW may be better because you are spending for 3 months at a time with AT&T.

Given the costs of everything else involved with whatever you are using the cameras for, it really doesn't make sense to make your decision on a few dollars. Get whichever camera has the better service where you are.

Ah, another factor. Convenience. With the VZW, it's on your regular phone bill. With the AT&T ones, it's a separate account and a separate payment for each camera. The AT&T situation may change in the future. They're aware of the $5/month VZW, I've heard that they are considering 6- and 12-month plans and possibly a bucket o' data monthly plan with multiple cameras sharing the bucket. However, there is nothing official and until there is, I wouldn't count on any of that.

You can't go wrong with either the VZW or AT&T option.

That's great news, I plan on getting a few more of these cams this year and being able to just add one to my cell plan sounds easy enough. I would think faster transmission may help with battery life possibly?

That's like adding another phone, still wonder about the data plans setup the same way as your phone?

If you already have a data plan with them it's much easier than adding a phone, you can either go to a Verizon store or call one. I called and it was quick and painless to do.