Use this forum to post questions and issues for discussion related to Spypoint cameras. Note: Please post threads pertaining to cellular cams in the "Cellular Trail Camera Discussion" forum.
Reply

By Chachoze -  Tue Apr 26, 2016 8:52 pm
-  Tue Apr 26, 2016 8:52 pm #343249
I hate to put up cam info from another review site here at CG but I just checked out a review in progress over at Trail Cam Pro and these cameras seem to be putting up some impressive numbers and specs. 90ft detection range, super fast trigger and recovery for both photos and video, anti blur and they look to be very battery efficient. If their testing/review continues to go well this might be one fantastic little cam.

It probably would be too much of a stretch to say that from a performance standpoint that these cams are nipping on the heels of a Reconyx Hyperfire class of camera and for less than half the price. Kinda wishing I had waited till this year to pick up a pair of new cams instead of late last year. Heck I might pick one up just for myself anyways...

By dec -  Fri Jul 08, 2016 10:49 am
-  Fri Jul 08, 2016 10:49 am #345130
My Force 10 is going back to TCP. What an utter disappointment this camera has been. I set it up on the same tree about an inch below my Stealth Cam G42NG to compare the performance as I try to figure out what I want to build my current fleet of cameras. I was really excited to try the new Spypoint based on reviews at TCP and other places. What a horrible camera it turned out to be. The worst part is that it misses at least 50% of the encounters that the Stealth Cam caught. I doesn't matter if it is photo or video mode, the Spypoint just misses the events. Further the daytime photos are horribly dark. The night time photos are probably the worst that I have ever seen, so bad that I just hit delete to every single one of them. Below are some comparison photos of the same time (within a minute or two) events between the two cams on the same tree. Both cameras were set to as nearly the same settings as possible.

In every case where I can match up photos this is how much darker the Spypoint is than the Stealth Cam.

As a side note, I much prefer the 16:9 aspect ratio of the Stealth Cam. 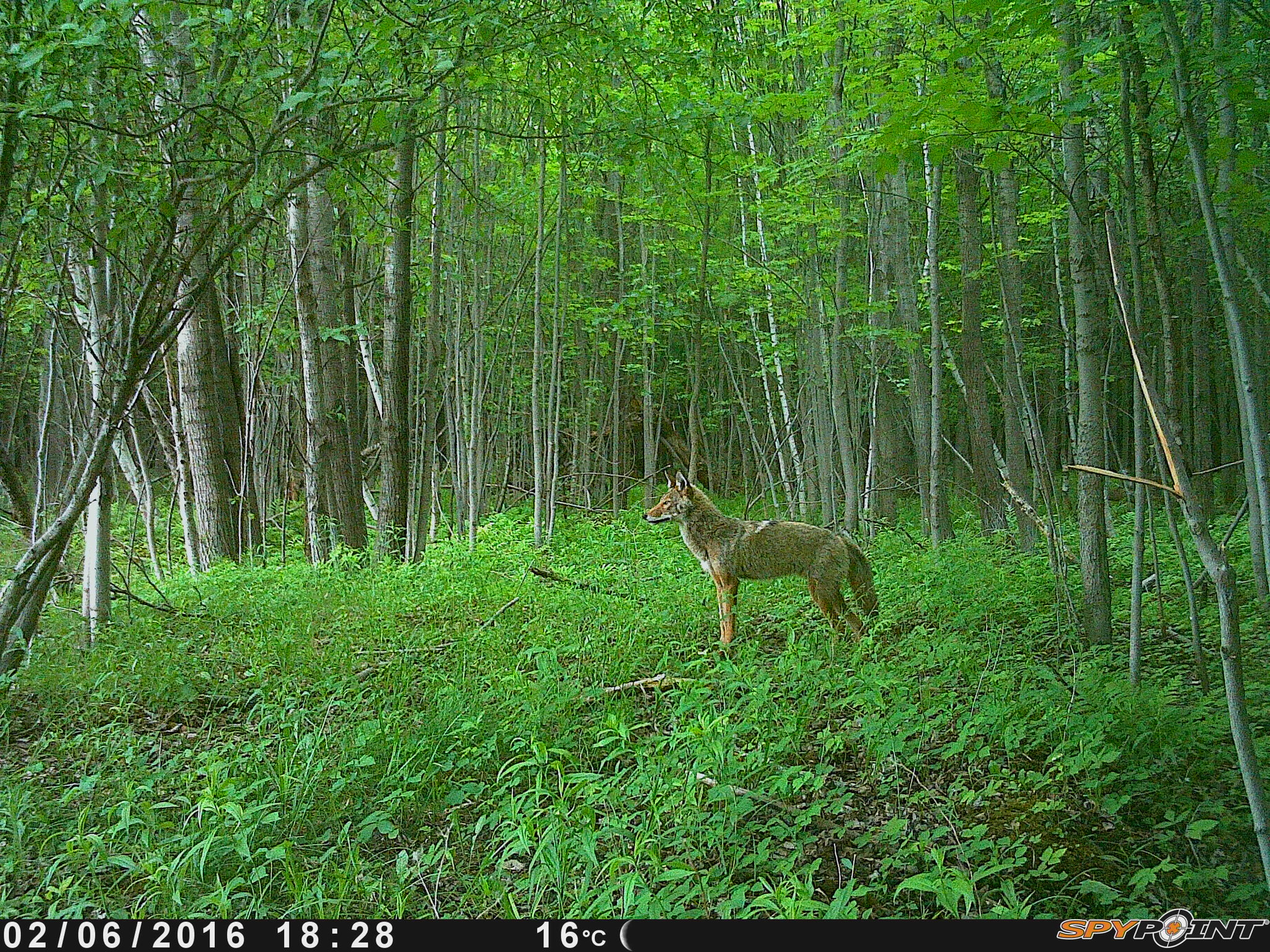 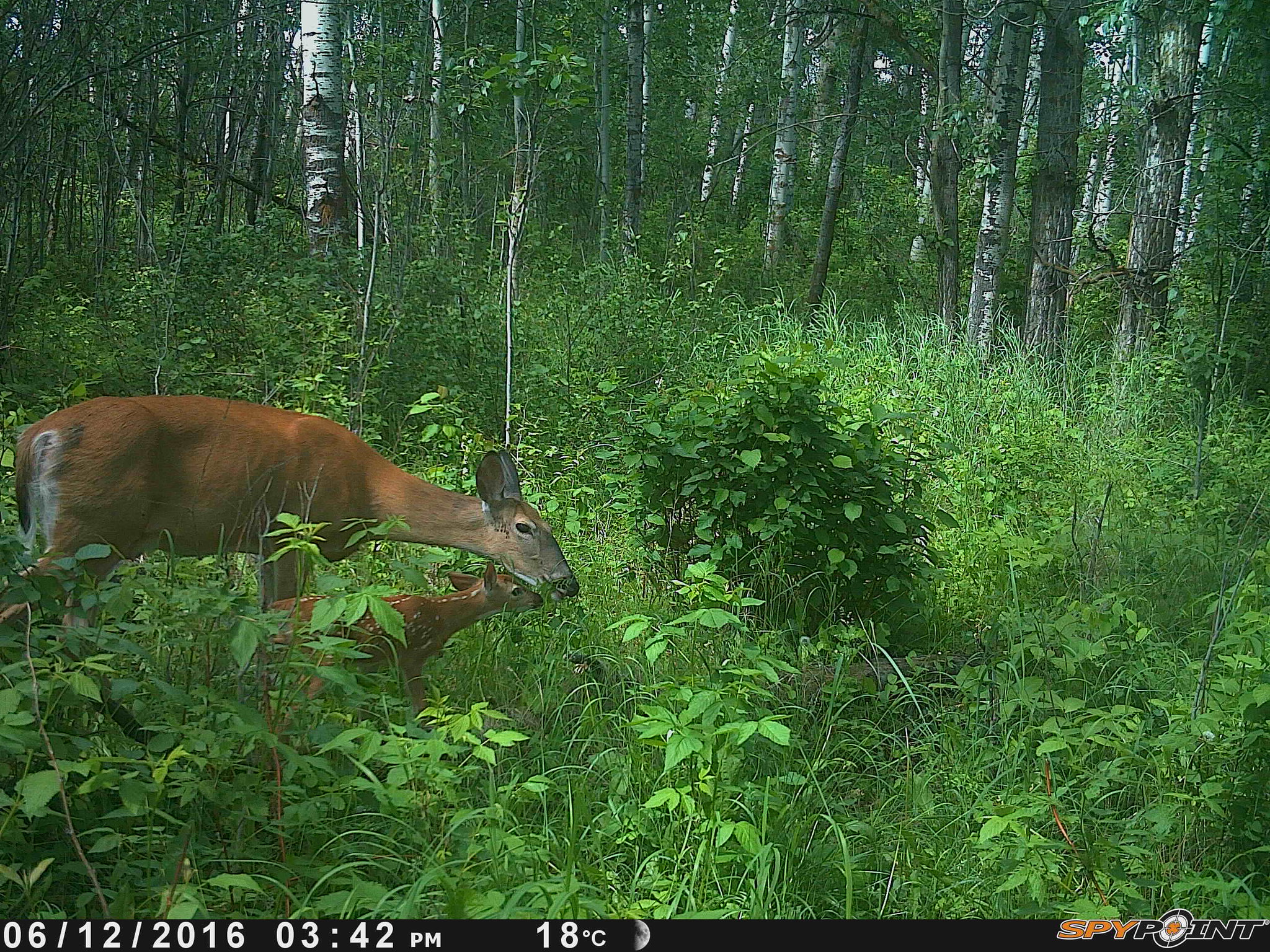 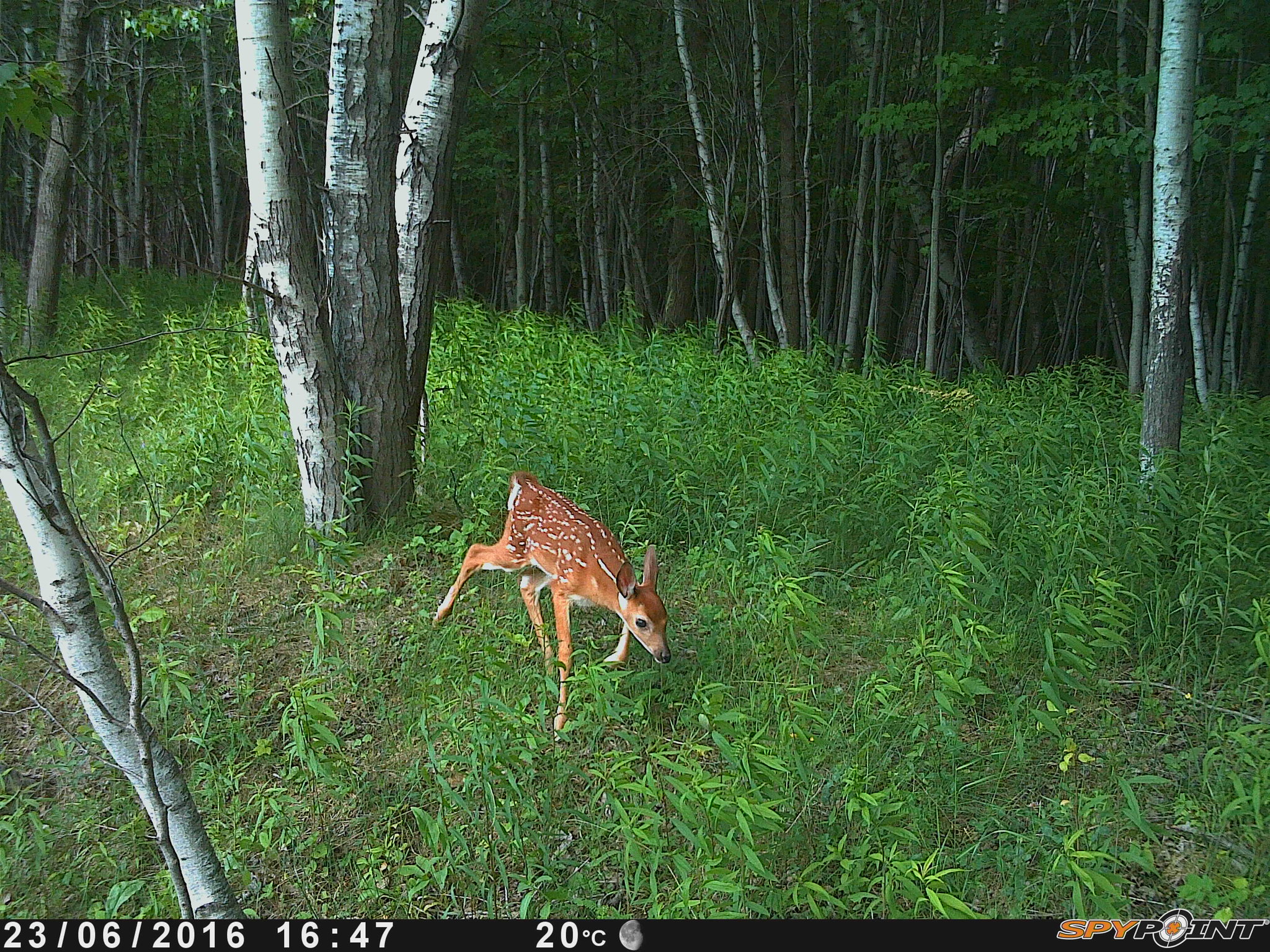 If you have any questions or concerns on a SPYPOINT product, please don’t hesitate to contact us as we value our customers.

By RiverRat -  Wed Oct 12, 2016 10:00 am
-  Wed Oct 12, 2016 10:00 am #347356
Just bought the special addition spypoint force from Cabela's. I'm running it behind my parents house on a crossing point over a dam my dad and I installed to hold water, it doesn't. Either way I usually try to see where I'll be in picture when I set it up so I know the deer will be centered in picture for best results. I wasn't able to check the memory card there so I exchanged cards and looked at it at home. I felt camera was too close to trail so I moved next day around 24 hrs later, it had 75 pictures. I ended up moving camera and will post results in a couple weeks.

I have a Primos Proof 2, Browning Strikeforce, and this Spypoint Force. I've ran the other two and really like the Strikeforce. The Proof 2 works great just don't like the transition from day to night. I probably won't buy any more Primos cameras, I do love how I can lock them to tree with Python cables. The Strikeforce I love the pictures and it seems to trigger very well.

With the Spypoint Force i have only had it out since Sunday so I can't say but I love this picture during the transition time from day to night.

I'm running some test because I'll be running these cameras 500 miles from my house checking mule deer country. I need them to last around 4-8 months before i can check them. The Spypoint Force boast a 16 month battery life with lithium batteries.

Glad I found this sight!! Any tips and suggestions greatly appreciated.

I notice that the audio of my Browning Recon For[…]